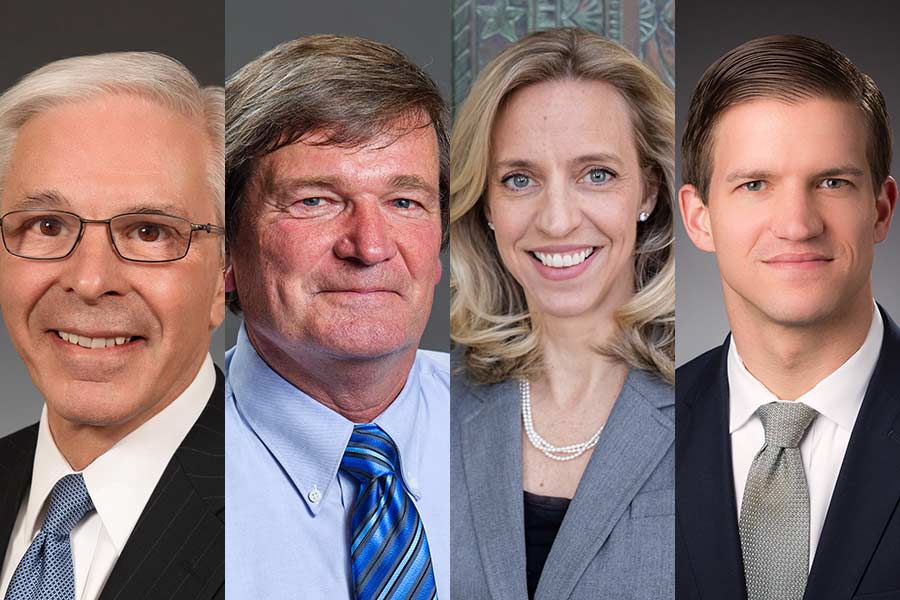 Knox College will present its annual Alumni Achievement Awards at the 2019 Founders Day Convocation ceremony on February 15. The event begins at 5:00 p.m. in the Muelder Reading Room of Henry M. Seymour Library and is free and open to the public.

The Knox College Alumni Achievement Award, established in 1938, recognizes outstanding career achievements by graduates who attended Knox or Lombard College for at least one full academic year. The Knox College Young Alumni Award, established in 2004, is awarded to alumni 35 or younger who have exhibited exceptional work in a field or endeavor, community, state, or nation. This year's Convocation will celebrate the 182nd anniversary of Knox's founding in 1837.

Joe Cecchi has spent a 50-year career researching the manufacture of semiconductor integrated circuits, specifically the the design of the chemical reactors that fabricate the microscopic architecture of the “chips” that power computers, tablets, and smartphones. One of his patents was licensed by a major manufacturer, while others were the basis of a startup founded by one of his students. Over the course of his career, Cecchi secured more than $10 million in funding for his research—first at Princeton University and later as dean of the School of Engineering at University of New Mexico—enabling him to mentor dozens of post-graduates and work with them on more than 100 publications. Most recently, working with University of New Mexico’s technology transfer organization, STC.UNM, he has helped students and faculty receive 128 patents, create 21 startups, and produce more than $10 million in licensing revenue for the university.

Mark McIntosh joined the faculty of the University of Missouri in 1981 and was the first director of the university’s DNA Core Facility. His research has focused on the biochemical processes by which bacteria infect and cause disease within host organisms, and he has worked with university researchers to study microorganisms present in mammals and their effect on health and disease. Since 2015, he has served as Vice Chancellor for Research, Graduate Studies and Economic Development at the University of Missouri in Columbia, helping researchers find commercial applications for their lab discoveries. In 2017, he was appointed Vice President for Research and Economic Development for the entire University of Missouri System.

As president and CEO of the Shedd Aquarium, Bridget Coughlin leads the aquarium’s mission to educate and engage the public about aquatic animals and their habitats. Before joining Shedd in 2015, she served as vice president of strategic partnerships and adjunct curator at the Denver Museum of Nature & Science, as well as five years as the National Academy of Sciences. She holds a doctorate in biochemistry from the University of Iowa and an executive MBA certificate from the Kellogg School of Management at Northwestern University.

Joel Christensen is a partner at St. Louis-based law firm Behr, McCarter & Potter, LLC, advising corporate, government, and individual clients. He was named one of Missouri’s Up & Coming Lawyers by Missouri Lawyers Weekly and has been recognized by Super Lawyers as a Rising Star in business litigation. While in law school, Joel was editor-in-chief of the Washington University Journal of Law & Policy and now serves as an adjunct professor at the Washington University School of Law, where he teaches courses in contracts, torts, and legal writing.