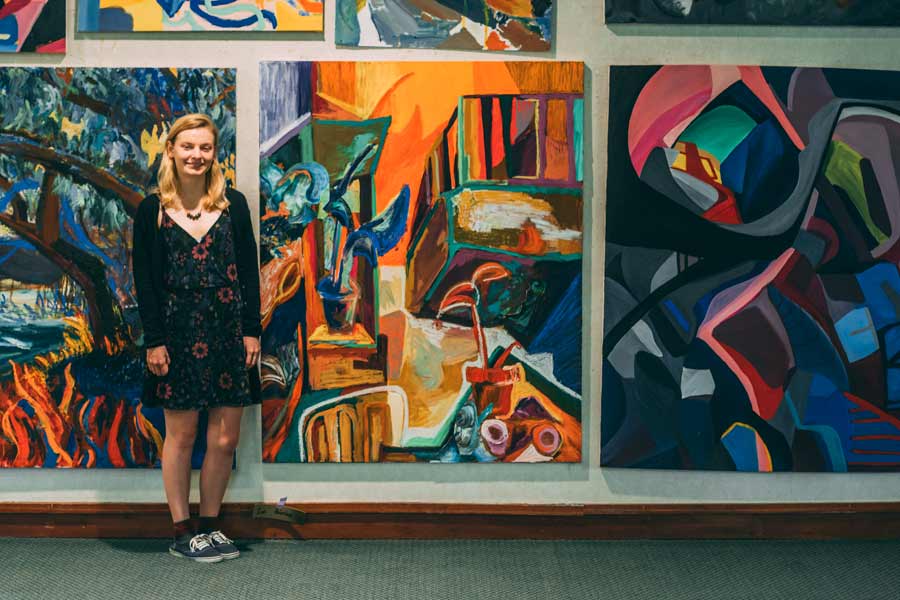 Knox College’s Al Young Juried Art Show provides an “ideal environment” for students to exhibit artwork, according to Sierra Longoria '22. Her work was among more than 200 pieces of art displayed this spring in the Center for Fine Arts and Whitcomb Art Center as part of the 2019 show.

“It gives us the opportunity to see our own work and the work of our peers in a gallery setting,” said Longoria, who won the Al Young Ceramics Award. “Understanding how a piece interacts with the environment is important if we want to be able to craft visual experiences for others, and Al Young allows us to see how a variety of pieces share a common space.”

The annual show was assembled by Knox faculty and students, and it was open to any student who took an art course during the preceding school year. The juror of this year’s show was Ying Li, professor and chair of the Department of Art at Haverford College. Li received an MFA from Parsons School of Design and has been featured in several solo and group exhibits.

The show awarded more than $3,000 in prizes to artists in 12 categories. Each first-place winner received $250, and the winner of the Al Young Purchase Award—where Knox purchases a student's piece to add to its collection—received $500. Other place finishers received gift certificates to Blick Art Materials.

Post-baccalaureate Alex Davis '18 said that the opportunity is valuable to the student body as it allows outside perspectives from an artist who is unaffiliated with the department.

“The competitive nature of a juried show gives some students the ambition to push their own work to be the best that it can be, even after the class is finished and the professor is done grading the work,” he said.

Davis, who helped hang up the artwork, commented that the show has inspired his own interest in art. His sculptures have been featured on the grounds of Whitcomb Art Center.

“Prior to my senior year, the only art class I had taken was Sculpture 1,” he said. “But my sculpture, made out of used bicycle parts, ended up winning the prize for the best sculpture at Al Young 2018.”

“This outside validation and realization that other people might take my art seriously put me on the path to focus so much on art, even though it wasn’t something I really thought much about prior to this year.”

Odessa Sagli '20 entered her work because “it's rare to be able to present work to the campus at large, and be in an art show with friends and fellow artists.” She won the Al Young awards in painting and drawing, and the Issac O. Peterson Purchase Award.

“It's an important event because the campus gets to see what people have been working on all year in classes, and appreciate the time and effort they have put in,” she said. “I feel very excited, I really wasn't expecting to win three prizes.”

(Photo above: Knox College student Olivia Peterson poses with her artwork, which won the Al Young Purchase Prize. Photo below: Professor Ying Li served as juror for the art show.) 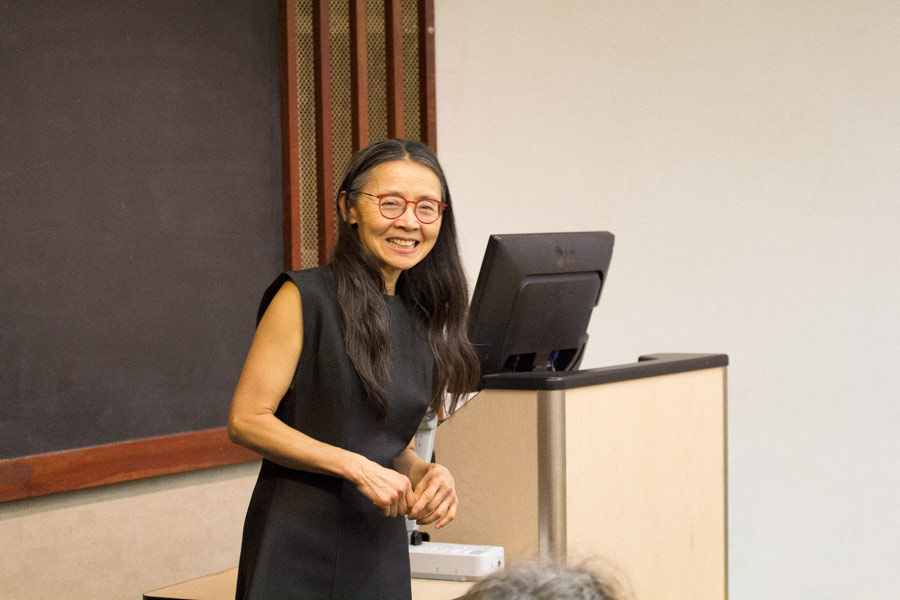