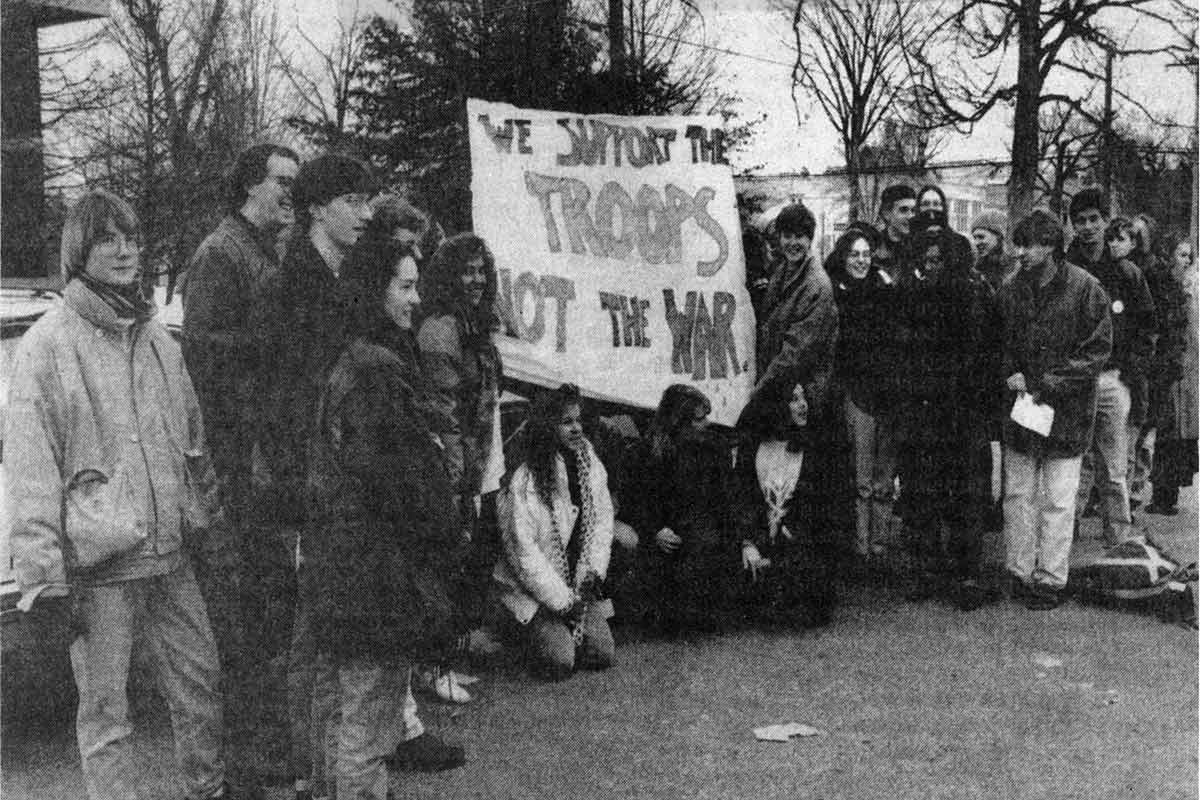 This is Jamie Querciagrossa, class of 1992, and I remember this event. It was right after the Gulf War—Desert Storm—began in January 1991. We were all in shock and terrified as we watched the unbelievable footage on television of the eerie green lights of the scud missiles fly across Baghdad. Killing people. It was one of the first times I remember seeing that kind of carnage and devastation of war happening LIVE on the 24 hour news cycle (actually the 24 hour news cycle was pretty new then too!). I remember clearly the words LIVE on the screen and watching it ... no words, just sadness. We had candles during this peaceful protest and marched into downtown Galesburg. It felt like a vigil for those innocent people who were killed in these attacks. I remember feeling helpless about what was going on so far away from us. I also recall that we had a few students who were from Iraq and other countries in that area. They helped us so much to put a human face on this newly birthed war. Also, I was a theater major and I remember that this peaceful protest had some theatrical elements. Some of us had just studied about Bread and Puppet of San Francisco and other types of street and protest theater. I see my friend, Bill Feste, on the left side of the picture in the back (always a big sweet smile on his face). But other than that, the picture is too blurry (or maybe my recollection of faces is blurry now!) for me to identify anyone else.