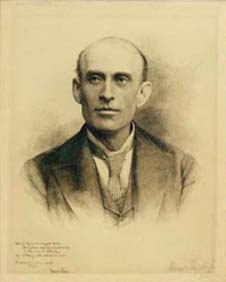 Field was an enormously creative individual and worked in St. Louis, Chicago and Denver as a newspaper reporter, editor and columnist. He was a humorist and a bibliophile, but he is best known as a children's poet. He and his wife, Julia Comstock, had eight children and it was to his wife that he gave credit for management of the family and its finances. Field's columns and poems were collected and published, many in the years after his death. Among his most familiar poems are "Wynken, Blynken and Nod" and "Little Boy Blue".

In addition to this collection of Eugene Field's work, the Special Collections and Archives has a manuscript collection which includes unpublished works, correspondence and unique ephemera.