The ginkgo tree in front of Seymour Library was most probably planted by John Van Ness Standish (1825-1919) whose 19th century home stood roughly between the library and the Beta Theta Pi house.

Standish was a professor of mathematics and practical astronomy. He came to Galesburg in 1854 to help establish Lombard College and later became a generous benefactor of Knox College. While education was his career, trees were his passion. He had a statewide reputation as an arborist and was responsible for planting the Lombard College campus and Western Illinois University. Unquestionably, he was consulted in landscaping matters for the Knox College campus as well. Locally his name is most familiar in association with the park named in his honor, Standish Park Arboretum. This park, adjacent to the Knox County Courthouse, just north of the Knox College campus, was originally known as an arboretum, and early on it contained many specimen plantings; it recently regained its designation as an arboretum.

This photo shows the ginkgo tree, just behind and to the left of the large tree in near the center of the photo, at about the time the library construction was completed in 1928. 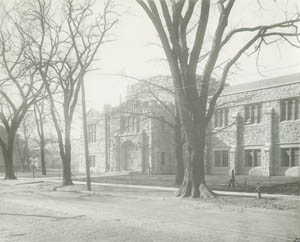 By 1936 the ginkgo tree and other library landscaping had filled out. 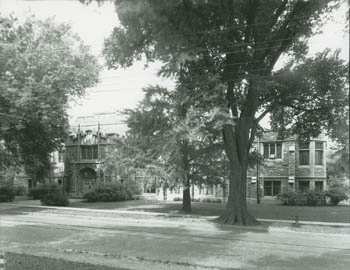 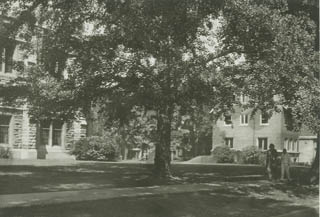 In 2003 the ginkgo is approaching its full height. 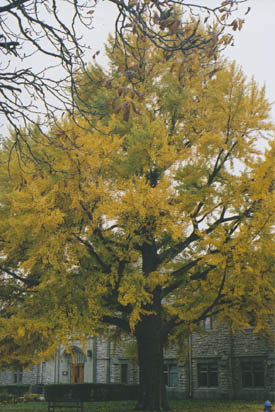 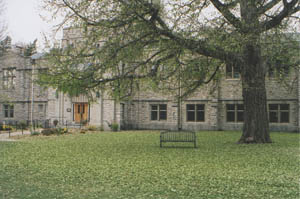 If the weather is right and there is a sudden drop in temperature, all the leaves will fall from the ginkgo tree in one day. The tree positively rains leaves. The photo to the right shows the leaf drop from a single day in 2006.