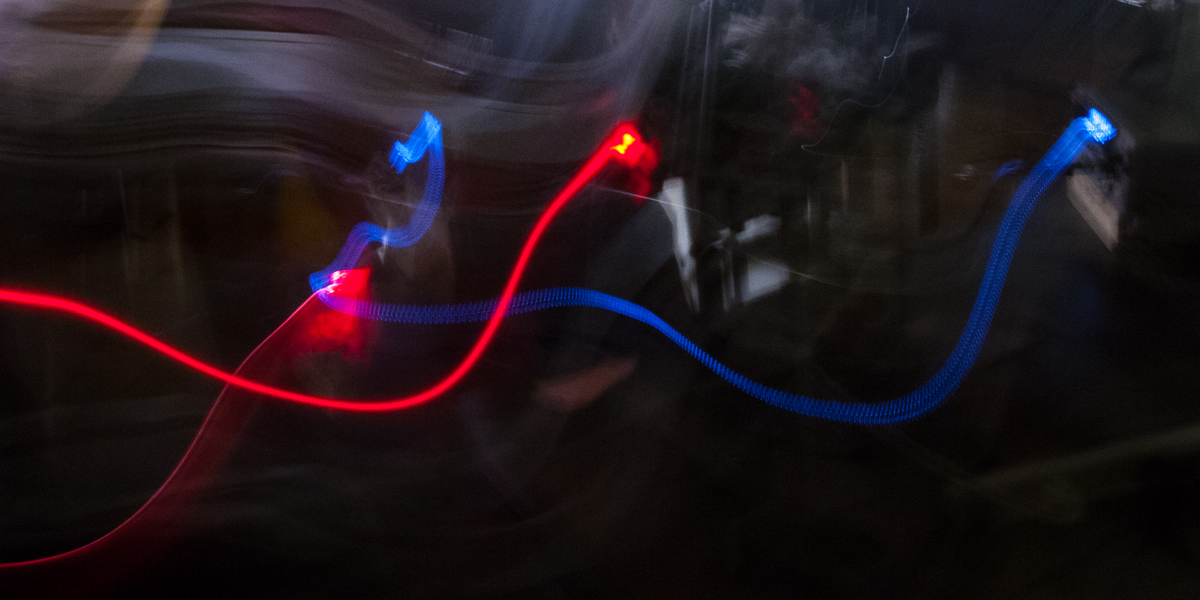 Newtonian dynamics, including kinematics, the laws of motion, gravitation, and rotational motion, are considered. The conservation laws for energy, momentum, and angular momentum are presented along with applications ranging from the atomic to the celestial. One laboratory meeting per week. NOTE: PHYS 110 and PHYS 120 are intended for both science and non-science majors. In PHYS 110 and PHYS 120, calculus concepts and techniques are introduced and taught as needed. No prior knowledge of calculus is necessary to undertake these courses, but proficiency with algebra and trigonometry is expected. One laboratory meeting per week. QR; SI; Offered every fall; Staff

Thermodynamics explores the connections between heat and other forms of energy, temperature, and entropy, with applications to engines, refrigerators, and phase transitions. Oscillatory behavior and wave motion, with application to acoustic and optical phenomena. Geometric and wave optics, considering optical systems and the diverse phenomena associated with the wave nature of light. Techniques from calculus are introduced and taught as needed. Proficiency with algebra is expected. One laboratory meeting per week. QR; SI; Offered every winter; Staff

This course utilizes the concept of "field" to explain the properties of static electric and magnetic forces. The behavior of dynamic electric and magnetic fields is studied and the connection between the two is formulated in the form of Maxwell's equations, which unify the study of electricity, magnetism, and optics. The static and dynamic behaviors of fluids are also covered to introduce concepts useful in understanding electrical circuits. Calculus is used. One laboratory meeting per week. Prerequisite(s): MATH 146 or 152; QR; SI; Offered every spring; Staff

PHYS 130A Electricity and Magnetism (Algebra-based)

This course covers most of the topics in PHYS 130 but without calculus and in less depth. Additionally, the history and basic concepts of Quantum Physics are introduced, with an emphasis on how Quantum Physics has changed our understanding of energy, light, and the atom. This course is intended for students not planning to pursue Physics, Chemistry, or other related fields. Proficiency with algebra and trigonometry is expected One laboratory meeting per week. QR; SI; Credit cannot be earned for both PHYS 130A and PHYS 130; Offered every spring; Staff

PHYS 161 The Search for Extraterrestrial Life

A survey of the scientific search for life beyond the Earth. This multidisciplinary course covers the story of the Earth as a planet, the history of life on Earth, the prospects of finding life in our solar system and beyond, the possibilities of detecting other technologically advanced civilizations, and ideas about interstellar travel. The course will focus on the implications concerning life in the Universe from discoveries of modern astronomy and how the search for extraterrestrial life fits into the modern scientific framework. Competence using algebra is expected. SI; Offered winter odd years; N. Haurberg

A survey of the physical principles involved in sound and musical instruments. How the properties of an instrument or room influence the perceived tone quality of sound or music. Analysis/synthesis of the frequency components in musical sound. Coverage is primarily descriptive with the laboratory an important component. Competence with algebra is expected. SI; Offered winter odd years; Staff

In this course, physics principles will be used to analyze motion of objects and athletes in a variety of sports, including an analysis of proper technique. Approaches to this analysis will include an introduction to Newtonian mechanics, fluid dynamics, the conservation of energy, momentum and angular momentum. Concepts will be developed through observation and laboratory experience. Specific topics for analysis will be drawn from the interests of class participants. Competence with algebra is expected. SI; Offered winter even years; M. Shroyer

How measurements, from naked-eye observations to the most modern techniques, and their analysis have led to our current understanding of the size, composition, history, and likely future of our universe. Concepts and methodology developed through observations and laboratory exercises emphasizing simple measurements and the inferences to be drawn from them. Includes evening viewing sessions. Competence with algebra is expected. SI; Offered fall even years; Staff

An introduction to the two major shifts in our view of physics which have occurred since 1900, Einstein's Special Relativity and the wave-particle duality of nature. The course starts with a review of key experiments which show that classical mechanics and electrodynamics do not provide a satisfactory explanation for the observed phenomena, and introduces the relativity and quantum theory which provide such an explanation. Includes regular laboratory meetings. Prerequisite(s): PHYS 110 and MATH 146 or 152 or permission of the instructor. A prior course covering electricity (PHYS 130, 130A, or a high school course) is recommended.; QR; SI; Offered every fall; Staff

Experiments and seminars emphasizing modern techniques and instrumentation in physical measurements. Student-selected experiments in several areas of physics illustrate such techniques as noise suppression, data handling and reduction, and instrumental interfacing. Introduction to literature search, error analysis, experimental design, and preparation of written and oral reports. Prerequisite(s): any physics course numbered 200 or above and MATH 146 or 152 or permission of the instructor; Offered spring odd years; Staff

An introduction to physics and astronomy research methods through observational astronomy. The techniques of modern observational study will be approached through analysis of photometric and spectroscopic optical images collected with departmental equipment. Observational projects selected and performed by students are at the heart of the course. The course includes an introduction to literature search, statistical analysis of uncertainties, and preparation of written and oral reports. Prerequisite(s): Any physics course at the 200-level or above and MATH 146 or 152, or permission of the instructor; Offered spring even years; N. Haurberg

Prerequisite(s): Permission of instructor; May be graded S/U at instructor's discretion; Staff

Statics concerns the mechanics of non-moving structures. This problem-oriented course explores force and moment systems, distributed forces, trusses, cables and cable networks, friction and friction machines, and the virtual work principle. The course is offered on an independent-study basis by arrangement with the instructor. Prerequisite(s): PHYS 312 or permission of the instructor; Offered by arrangement, typically annually; T. Moses

Courses offered occasionally in special areas of Physics not covered in the usual curriculum. Staff

An introduction to the methods of advanced mathematics applied to physical systems, for students in physics, mathematics, chemistry, or engineering. Topics include the calculus of variations, linear transformations and eigenvalues, partial differential equations, orthogonal functions, and integral transforms. Physical applications include Hamilton's Principle, coupled oscillations, the wave equation and its solutions, Fourier analysis. Prerequisite(s): MATH 146 or 152 and at least one other course in mathematics or physics numbered 200 or above; Offered winter odd years; Staff

Simple harmonic motion (damped, driven, coupled), vector algebra and calculus, motion under a central force, motion of systems of particles, and Lagrangian mechanics. Prerequisite(s): PHYS 110 and MATH 146 or 152 or permission of the instructor; Offered every winter; Staff

Interpretation of atomic and particle physics by wave and quantum mechanics. Topics include solution to the Schrodinger Equation for one and three dimensional systems, Hilbert space, the hydrogen atom, orbital and spin angular momentum, and perturbation theory. Prerequisite(s): PHYS 205 or permission of the instructor; Offered fall even years; Staff

A survey at an intermediate level topics in stellar astrophysics. Possible topics include: the dynamics of star systems, star formation, stellar evolution, supernovae and black holes, stellar pulsation, and the chemical evolution of the universe. Prerequisite(s): PHYS 205 or CHEM 321 or permission of the instructor; Offered winter even years; Staff

A survey at an intermediate level of topics in extragalactic astrophysics and cosmology. Possible topics include: formation and evolution of galaxies, active galactic nuclei, dark matter, big bang cosmology, and general relativity. Prerequisite(s): PHYS 205 or CHEM 321, or permission of the instructor.; Offered winter odd years; Staff

Students will undertake experiments selected from atomic and quantum physics, optics and spectroscopy, condensed matter physics, and nuclear physics. Emphasis is on learning experimental techniques and instrumentation used in different domains of physics. Course may be repeated once for credit. Prerequisite(s): PHYS 205 and 241, or permission of the instructor; Offered every spring; Staff

Prerequisite(s): Permission of instructor; May be graded S/U at instructor's discretion; Staff

Courses offered occasionally in special areas of Physics not covered in the usual curriculum. Staff