3 Ways to Experience Your Education

1. Use what you learn to explore big issues.
Learn something in class that you want to pursue further? You'll find many opportunities to pursue advanced research, and for Latin American Studies students, that research often leads to off-campus study. A few projects explored by Knox students include a College Honors project based on a study of paramilitary groups in the Mexican state of Chiapas; a study of education and liberation theology in several Central American countries; and an independent study and fieldwork in Peru on the Shining Path movement. Other recent projects include:

2. Take what you study out into the world.
Among the more than four dozen off-campus programs offered by Knox, some of specific interest to students studying Latin America include:

3. Gain serious professional experience.
There's no better way to explore the possibilities of life after Knox than through internships (many found with the assistance from the Bastian Family Career Center). For Lizzie Wisdom '16, teaching citizenship classes through her summer internship at the International Institute in St. Louis, Missouri, has led her to consider a career in education, an option not previously on her post-Knox radar. 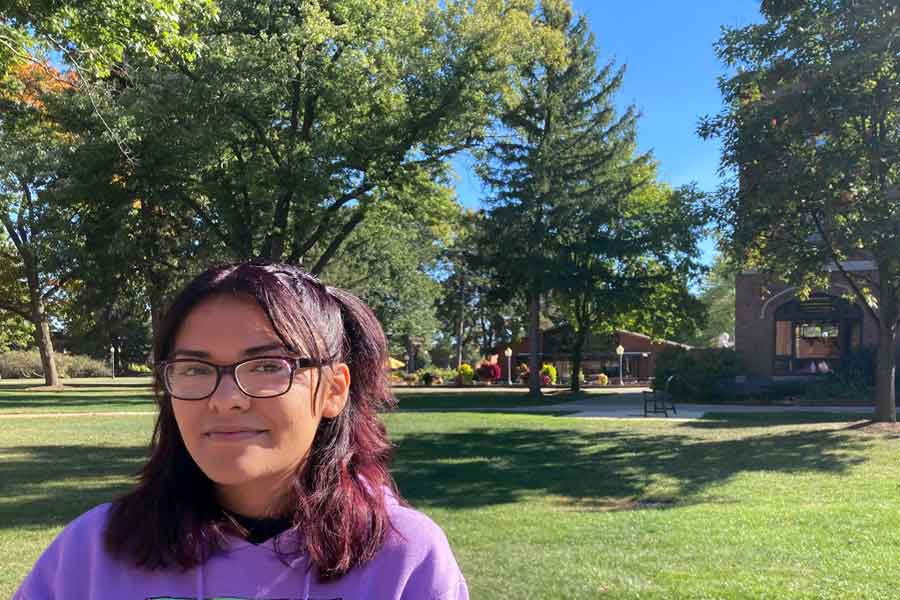 Julieanna traveled to Mexico City to research if militarization has had a negative effect on residents.