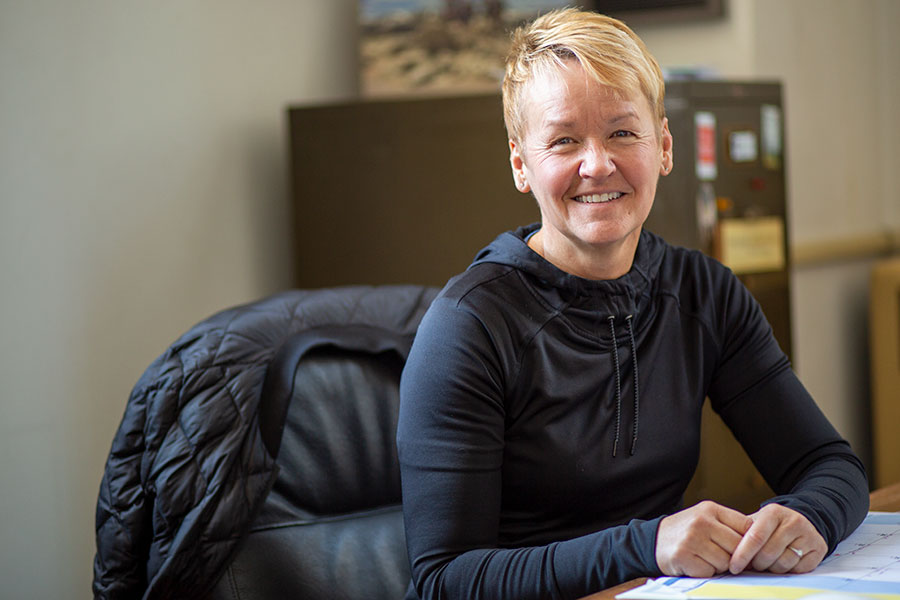 "I'm writing a memoir which has me thinking about the stories that our lives write. Memoir crams the writer into close proximity with their own experience, but the act of writing forces a distance that helps makes sense of it all. Maybe. Sometimes I'm not so sure. What draws me to memoir is the brazen honesty. Do I have the fortitude for it? Fiction allows a masquerade. A respite. Memoir shoves the writer under the lights where it gets hot and can get to feeling desolate, but that's where faith in the process must kick in to carry the writer back to safety."

Teaching Interests
Creative writing, beginning to advanced fiction and non-fiction taught in a workshop setting, composition and rhetoric, modern and contemporary American literature with an emphasis on Southern writers.

Publications
Motif 3: All the Livelong Day, anthology from MotesBooks, "Answering the Call," December 2011.

Midwestern Gothic, "A Man on One Knee is Considered Down," November 2011.

"It Could Be Worse" Mamas and Papas anthology, City Works Press, 2010.

"Nothing Could Prepare Me." The Louisville Review, forthcoming, Fall 2008.

"Every Earth is Fit for Burial." Menda City Review, Spring 2008.

"The Raccoon in the Wall." Minnetonka Review, Spring 2008.

What Students Say
"Cyn is not only one of my favorite teachers, she is also one of the most inspiring people I have had the chance to meet. Her availability to her students is impressive on so many levels--not only is she more than willing to sit down for an hour or more to talk with you about your writing, she is also remarkably honest and upfront about her own past experiences, especially in her writing. Her ability to share so much of herself gives us, her students, the courage to dig deeper into ourselves, deeply enriching our own work with our unique pasts."
-Ashley Blazina, Environmental Studies major, English Literature minor