The History of Green Oaks

Green Oaks Biological Field Station is one of the College’s most unique academic facilities. But it would not be the phenomenal nature preserve it is today without the efforts of many dedicated members of the Knox community.

From Black Oaks to Green Oaks 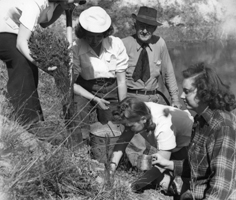 Knox gained Green Oaks in 1958 through the estate of Alvah Green, an 1890 Knox graduate and a College trustee who had sympathies toward ecology. But before Green made his gift to the College, he had cut down trees he felt were undesirable -- like black oaks and hickories -- because he originally thought the land might be turned into a park and worried about cost for the upkeep. A few years before the land was acquired, Knox Professors Paul Shepard and George Ward began the monumental task of restoring the land to its natural prairie habitat.

Putting the "Prairie" Back in "Prairie State"
Though Illinois is called "The Prairie State," it actually contains very few prairies: less than one-tenth of one percent of the land is in a virgin state.

In 1965, Knox Professor Peter Schramm set out to finish the restoration Professors Shepard and Ward had begun, to return the land at Green Oaks to its original Midwestern environment. Professor Schramm worked diligently to identify plants native to the Illinois prairie. He examined plant species in the Knox herbarium and in other plant collections in the Midwest. He worked with Hermann Muelder, legendary Professor of History and Dean of the Faculty, in surveying historical written accounts of the prairie to know which species of plants the pioneers had observed.

Schramm harvested prairie seeds he found in old, undisturbed cemeteries and planted the seedlings at Green Oaks. He made sure the plot burned at the proper time each year to destroy invading plants and seeds, and to stimulate growth of the prairie plants. He and many of his students conducted extensive studies of using fire in maintaining prairie ecology.

Professor Schramm eventually would be recognized for his expertise in prairie ecology. The restoration of the 40-acre tall grass prairie at Green Oaks is one of the triumphs of his 30-year-career at Knox: It is the second site in the nation where a tallgrass prairie was restored. 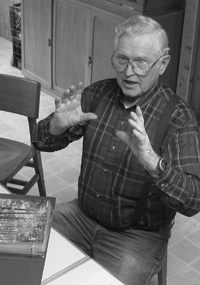 Friendly Fire
Professor Schramm's dedicated efforts have allowed for decades of student learning about the importance of fire in maintaining restored prairies; about the value of natural habitats, like prairies; and the effects of upsetting and destroying those habitats. Prairie burns also illustrate how ecological knowledge, combined with committed action, can bring about the restoration of one of the Midwest’s natural treasures.

Professor Schramm's annual pilgrimages to conduct the arduous but exciting spring prairie burns became a regional legend and a popular event for Knox students from all academic disciplines. The indomitable prairie fire even inspired a new name for the College’s athletic teams in 1993: the Knox College Prairie Fire.

For a more detailed history of Green Oaks and Professor Schramm's successes, see Science and the Scientists of Knox College, available in the Knox College Library.

Ben Farrer works hard to bring the energy and unpredictability of Knox's in-person classes to his video lectures for remote students. 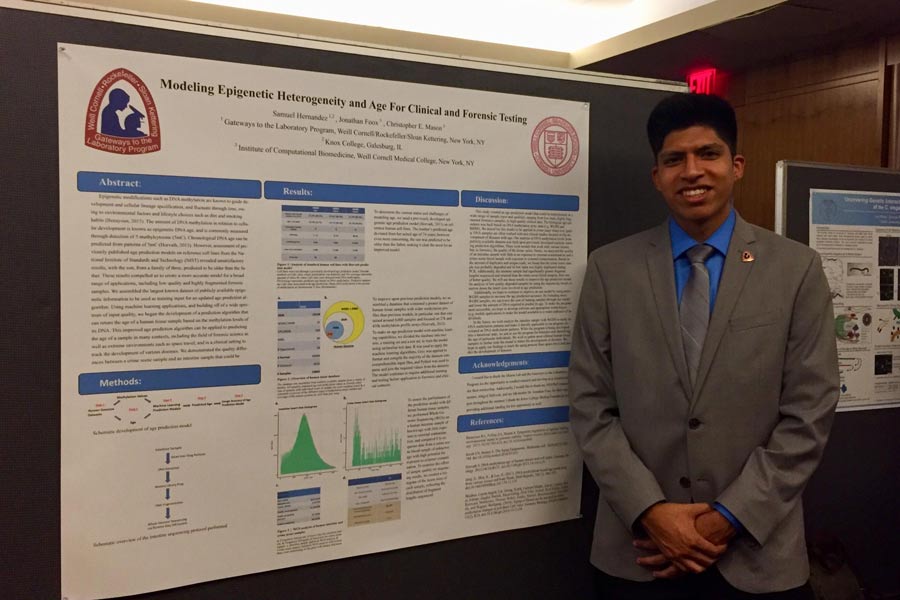 Samuel interned at the Weill Cornell Medical College, where he gained real-world experience in computational genetics.

Major in Biochemistry, Minors in Chemistry and Anthropology & Sociology