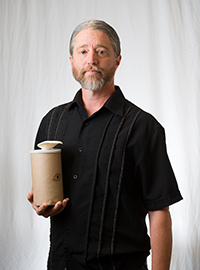 "I have long been captivated with the presence of sound in people's senses of self, of space, and of place. I am especially interested in the rhythms of everyday life and the rich diversity with which people around the world employ sound to bring bodies to move in sync; be it on the dance floor, to performing religious and civic rituals, to marching in mass political demonstrations. My research in Guantánamo, Cuba, examined the strong relationships between music making, place, and cultural identities. One of the insights of this research is that social and political movements succeed to the extent that they affectively articulate individual and collective perceptions of how the world is and how it might be.

More recently, my research agenda focuses on ecological design in the context of rapid environmental and social changes in the early 21st century. I am especially interested in the many ways with which people are crafting their relationships with soil microbiota, plants, fungi, animals, water, and energy, often with systems thinking approaches. I’ve been very encouraged with the enthusiasm and energy that students have brought to some of our collaborations on ecological design projects on campus that include the Seymour Library Rain Garden and the House of Peace and Equity Center Rain Garden.”