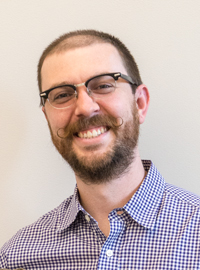 General Interests
"I am interested in the intersections of modernity, story-telling, media and realism. My research focuses on film adaptations from Weimar Germany (1919-1933), paying particular attention to the manner in which these narratives draw attention to the performative act of story-telling as much as they communicate the story itself. I am also interested in the manner in which authors and filmmakers construct realism in various media, as well as the manner in which cultural critics of the Weimar Republic understood 'realism' with regard to highly mechanical modes of representation such as photography and film. My sources often creatively pass between categories of fiction and documentary while mixing media and genres.

Recently I have been working on the Austrian-born photographer Mario von Bucovich, whose extraordinary biography stands as a conceit of the geo-political ruptures of modernity and their effect upon modern subjectivity and identity. This project has allowed me to reconnect with my long-standing interest in Austrian culture (especially Vienna around 1900). My Bucovich research has also served as an opportunity to experiment with collaborative research and digital humanities. I have made use of research assistance from current students and recent graduates to acquire and organize archival documentation of Bucovich's life.

The courses I teach are often media rich, bringing a variety of sources to students to spark their interest. "

"Too Good to be True? Kracauer and Balázs on Film and Reality" German Studies Association, Louisville, KY, September 22-25, 2011.

What Students Say
"Todd is the type of person who, when you rush into his office panicking about a phone interview that you have to do in German for study abroad, will sit and practice with you for an hour. He's the type of person who can be the interim chair for a department and still find time to come to 8 a.m. meetings and talk about getting into graduate school. He's the type of person who can convince you to major or minor in German with just one class. Todd is engaged, enthusiastic, and excited about German studies, and that excitement rubs off on the increasing number of students involved in the German program at Knox."
-Anna Meier, International Relations and Modern Languages Double Major