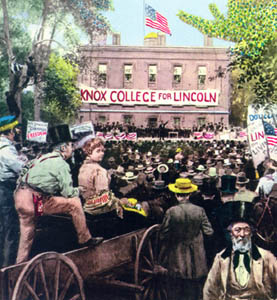 Knox College is fortunate to have a number of authentic connections to Abraham Lincoln. As a young man, Lincoln was a member of the Illinois legislature that granted the institution its charter in 1837. Twenty-one years later, the east side of a brand new "Main" building on the Knox campus was the site of Lincoln's fifth debate in the famous series with Stephen A. Douglas.

Because the founders of Knox and Galesburg were profoundly anti-slavery, the Lincoln-Douglas debate at Knox presented a fitting time and place for Lincoln to make an issue of the morality of Douglas's position on slavery. "He is blowing out the moral lights around us," Lincoln told the massive crowd, "when he contends that whoever wants slaves has a right to hold them."

In recognition of sentiments like this, and for his "high legal attainments & comprehensive statesmanship," Knox College awarded its first honorary doctorate to presidential candidate Abraham Lincoln in 1860. This was, in turn, the first academic honor of any kind for the self-educated Lincoln, who reportedly said on climbing through a window in Old Main to reach the debate platform, "At last I have gone through college."

As the only remaining building associated with the 1858 Lincoln-Douglas debates, Old Main has been designated a National Historic Landmark and is still evocative of Lincoln and his legacy. President Barack Obama has described how, in the course of receiving his first honorary degree from Knox College in 2005, he sat on the platform next to Old Main and mused to himself "that even as Lincoln lost that Senate race, his arguments that day would result, [years] later, in my occupying the same seat that he coveted."

Major in Creative Writing, Minors in Journalism and Film 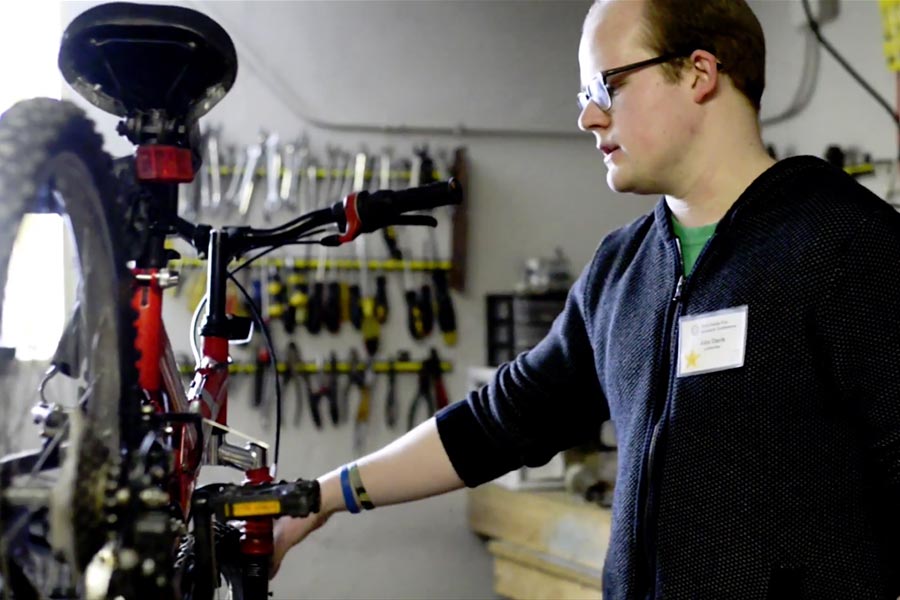